“Luke Yankee is an insightful writer with a flair for comedy.”

THE LAVENDER MAFIA – The birth of the gay, “power elite” in 1950’s Hollywood…where everyone had their price.

SEEING THINGS – A fun-loving collector of religious oddities must get his latest artifact to Las Vegas – before the Fundamentalist zealots can stop him.

EGOS & COCKTAILS –  A famous, Broadway actress in 1969 is diagnosed with a new condition called bipolar disorder…and she must choose between her emotional stability or her talent.

NURSE JACKIE – “Anita Vicodin”:  As Jackie continues to navigate the slippery slope of sobriety she must undergo the painful step of making amends.

EPISODES – “Episode 4.5”:  Beverly learns that her mother is planning a visit, but doesn’t know the she and Sean are separated.

To download one of Luke Yankee’s award-winning, original TV pilots or spec scripts, choose any image below: 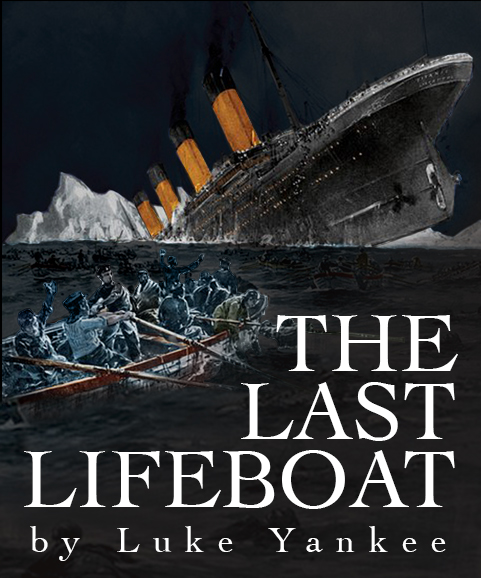 Luke’s latest screenplay, THE LAST LIFEBOAT was one of ten scripts chosen internationally for the Plume & Pellicule Fellowship at the DreamAgo Writers Workshop in Sierre Switzerland.

This is the untold story of J. Bruce Ismay, the chairman of the White Star Line at the time of the sinking of the Titanic, whose decision to get into the last lifeboat and save himself made him thje scapegoat for one of the greatest disasters of all time. With the recent 100th anniversary of the sinking of The Titanic, this script is generating considerable interest.

Luke has also completed a film version of THE JESUS HICKEY as well as a TV movie adaptation of A PLACE AT FOREST LAWN (see below), entitled THE THINGS I NEVER SAID.

For inquiries regarding Luke Yankee and to obtain other film and television scripts, please contact luke@lukeyankee.net.